Threats and Concerns in the Mobile and Cloud Era

As computing and communications power grows for users, it grows for adversaries as well. Security and privacy are subject to increasingly powerful and sophisticated attacks. As users store and share more of their personal information online, it becomes an increasingly valuable and attractive target. WiFi hotspots and public networks become subject to attacks causing users' communications to be diverted to malicious sites.

What are the threats and concerns?

As data and metadata about individuals is collected and analyzed, can individuals maintain their privacy? Does the fact of increasingly powerful, valuable, and compelling services necessarily mean that privacy must be lost in order to take advantage of them?

What systems and operators should be trusted, and for what properties? Can an individual retain meaningful control over use of his or her data if it is stored and processed elsewhere? What data will providers process, and what data will be encrypted to protect against undesired use and access by the providers that store it?

Loss, theft, or failure of devices

With a valuable and powerful mobile device holding the keys to an individual's digital identity, what happens if the device is lost or stolen, or breaks down? It's necessary to provide users with means for users to recover their information and access rights easily and effectively, without providing attackers with shortcuts that enable them to take over identities.

Malware as an economy

Malware has evolved from the realm of pranks into a monetized economy supporting widespread cybercrime, and extends to government-level attackers perpetrating sophisticated Advanced Persistent Threats (APTs). Attackers provide and sell attack components and supporting services to other attackers.

As attacks become more dynamic, static malware controls like antivirus signature checks become less effective. Some organizations start to emphasize responses to successful attacks rather than expecting to prevent them.

Exposed shortly before this site's preparation, Heartbleed took advantage of an implementation flaw in the OpenSSL library's implementation of the TLS heartbeat function. It enabled attackers to obtain sensitive data from a server's memory, beyond the boundaries of a message buffer.

This ransomware infects computers, typically via downloaded email attachments. It encrypts accessible copies of a user's data files in local and networked storage, and releases the key needed to decrypt the data only after an an anonymous payment is made.

DigiNotar was a PKI Certification Authority (CA) based in the Netherlands. An attacker penetrated DigiNotar's systems and was able to generate fraudulent certificates enabling many prominent sites to be impersonated.

Attackers stole credit card data from a payment processor, potentially exposing up to 100 million credit cards. This event was thought to be the largest exposure of credit card information to that time, more than twice the earlier breach at retailer TJ Maxx that had been considered as the prior record. 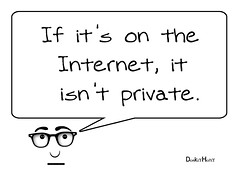